The Monastery of Saint John the Baptist (Agios Ioannis Prodromos) is also named the ‘Great Cave’ (Mega Spilaio) of Arcadia because it was built into a huge vertical rock on the east bank of Lousios Gorge by monks who lived in nearby hermitages. Thousands of pilgrims arrive here each year to explore this holy site, which offers peace, harmony and serenity. 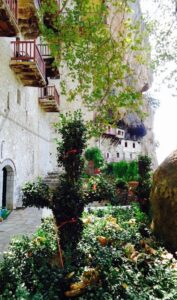 Location and getting there

Located near the villages of Stemnitsa and Dimitsana, the landscape is impressive and reminiscent of other holy sites in Greece, such as Meteora and Mega Spilaio.

To arrive at the monastery, on the road from Dimitsana to Stemnitsa, turn right two kilometers before Stemnitsa and follow the signs for the monastery and Ancient Gortys. Following the signs for 6 kilometers from the turning point, you will reach the point where you must leave your car and begin a walk along a lovely 600 metre footpath. 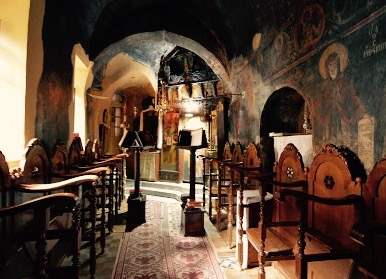 The church of Saint John the Baptist is a single-domed basilica, decorated with remarkable frescoes. Murals are also found outside the church, which are admired by all those who visit. 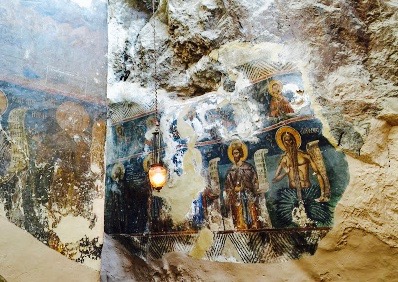 This monastery is said to have been built in the mid 16th century, although the monks suggest its construction is much older, dating to the 12th century. Historically, the building was used as a refuge and hospital for local fighters during the Turkish occupation, due to its hidden position. From the balconies of the Monastery visitors can enjoy the splendid views of the luscious landscapes surrounding them. 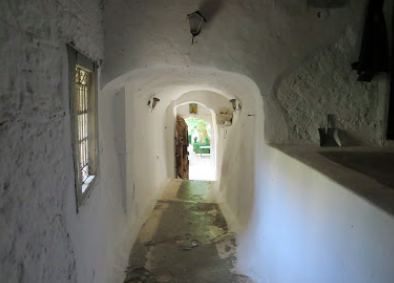 What you will find here

There are workshops for painting and sewing sacred garments at the monastery and there is also an impressive collection of about 1000 historical books. The number of visitors who come here each year is huge, because apart from the spiritual journey, the monastery is built in a landscape of immense beauty, on towering cliffs, inside lush vegetation and with the Lousios River right by. Here you will be greeted by monks who show you around and offer coffee and local sweets to all their guests. 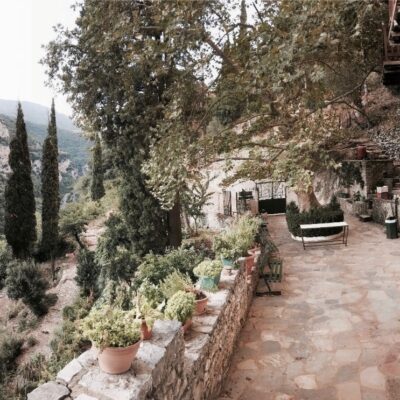 For those who love nature walks, two very beautiful paths begin at the Monastery of Saint John the Baptist. The first path heads left and takes you about 600 metres through a magnificent landscape rich in vegetation, then leads you down 200 metres to the Lousios Gorge. Here you will cross a new footbridge, and see the ruins of the monastery’s watermill, which were mentioned as early as 1630. 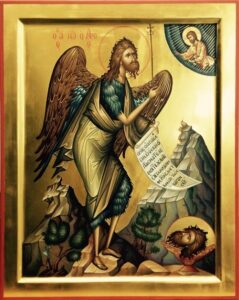 Who is Saint John the Baptist?

The  Prophet and Forerunner John the Baptist is also referred to as John the Forerunner because he was the forerunner of Christ. He was an ascetic and great prophet, who baptised Christ and became one of the most revered saints in the Orthodox Church. He was later beheaded by Herod in the first century to satisfy the request of Herod’s stepdaughter, Salome, and wife Herodias. As he baptised Christ, he is the Patron Saint of godparents. January 7 is the Feast Day of Saint John the Baptist and it is also a celebration and name day of those named Ioannis or Ioanna.

12 Best Things to Do at Cape Sounio