Nostalgia causes intermittent yet often merciless unrest. You might as well write about it in all your exuberant magnificence of presence and raw vulnerability of absence at once.

Long ago I lived in Greece for two years, in what feels like another life. It was my fate to return to the United States, to work and raise a family there, but for 27 consecutive years (yes, I counted) I’ve returned each summer to places that feel like home: Thessaloniki, Thasos, Crete.

This summer, return was impossible; instead: quarantine, distance, and the fear of disease. I’m a little ashamed to admit that I’ve spent my pandemic exile in a state of anguish, missing my dear friends, the Greek landscape and seascape, the joys of the Greek table, the impossibly late nights and a quiet morning coffee on an island balcony.

I know that on the scale of human suffering my wounds are minor at best—the world has many more important things to manage at the moment. It’s only summer, I remind myself. It’s only Greece, I repeat. Yet, I am flooded by memories every day, the images, sounds, and scents of my summer places:

The way the sea changes colour every half hour. A slant of light across a slab of unpolished marble. Friendly murmuring—nearly out of earshot—from a café in an alley nearby. On the plate: a torn piece of bread, some good oil, and the ruins of a tomato. The hazy ring my cold glass leaves on the tablecloth. The stirring of wind in a pot of basil. And, from a radio in the corner, the aching voice of Sotiria Bellou, singing again of “our brief summers and endless winters” in her famous song, “Min Klais.”

I take some comfort in the fact that there’s a name for my affliction—nostalgia—made by combining the Greek words “nostos” and “algos.” “Nostos” can be translated as “returning home,” but the word has deep literary roots: “nostos” is the term used to describe Odysseus’s desperate and meandering journey back to Ithaka. Combine “nostos” with “algos” (pain) and the concept takes on its complication: nostalgia is the pain of returning home, or the agony of journeying back. The word nostalgia was actually coined by a seventeenth-century Swiss physician to describe a psychological condition in which people were driven to madness by acute homesickness. In my case, that diagnosis seems apt. 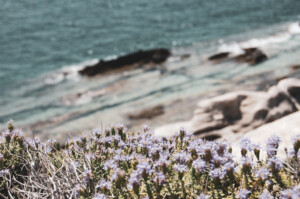 Although nostalgia would seem to be incompatible with great art, since it has a tendency to wash everything in artificial golden light, the father of modern Greek poetry, C.P. Cavafy, drew some of his greatest poems out of this wellspring of conflicted emotion. Frantic to recollect moments that had been swept into the past, especially moments of illicit physical pleasure, Cavafy wrote his “Days of…” poems. The title of each poem named a single year (“Days of 1908,” for example) and the images the poem collected (scraps of memory, fragmentary and erotic) were meant to represent that year and all the meaning it held. Each poem made memory its palace, while it also mourned the ways memory failed to contain the fullness of the past.

Anyone who has experienced Greek summer understands how uncontainable those brief seasons are,over-spilling with laughter and food, conversation and light, sea, and song. I believe no other country offers an equivalent capacity for rehabilitation, for sensual and even spiritual rejuvenation. In other countries, you might “sunbathe,” for instance, but in Greece, you partake of heliotherapia, “sun therapy.” Yes, winter is long and terrible, but we can bear it if we have known just one summer there.

Unable to be in Greece this past summer, I have joined Cavafy in taking inventory of my own nostalgia, wallowing in it now and then, I confess, but also allowing myself to study it and learn from it. Like many other poets before me, I’ve also been writing “Days of” poems in homage to Cavafy, and in homage to what the Greek summer has offered, and will hopefully offer me again.

We seized the night and shook it till it broke,
so time and bottles and most of our shoes
spilled from its breaking—and music gushed too:
Paris and Nikos relentless till five.

Blame them for this minefield of broken glass,
our unreasonable outbursts of joy.
Someone danced until his knees were bleeding.
Someone said she had fractured her being.

Then that night ended. Then sun, as before.
Now the instruments unwind in their coffins,
and we pace along the balcony and stare.
The broken girl is asleep on last night’s chair.

Some say we have tonight. Tomorrow too.
In the fireplace, a few embers glow.
Brother, bring me some coffee. OK, and beer.
We’re going to need at least a thousand years.

He’d leave the village to its dust,
hike a shepherd-trail over the ridge
and pitch his tent in a hidden inlet
where no one would see the driftwood fire.

Every day, he’d follow unmarked roads
along the coast—perfectly alone,
swimming and sobbing, splayed
with the lizards on those temples of marl.
Sometimes he’d push on for an hour, then stop
to write the same line over again
in the blank book he kept inside his pack.

Always thirst. Always wild sage.
And as many sea urchins as gods.
Juniper, ravaged by the awful sun.

There was someone he might have loved
in Vouvourou, further up the coast.
And always Cavafy, calling from Egypt.
It was over soon, that wonderful life.
Like that, he began: waterless,
wind-wrenched, cleaving to rock.

Christopher Bakken is the author of the culinary memoir Honey, Olives, Octopus, as well as three books of poetry, most recently Eternity & Oranges. He is Director of Writing Workshops in Greece: Thessaloniki and Thasos and he participates in Culinary Crete, a gastronomic workshop at Dalabelos Estate, near Rethymnon. He teaches at Allegheny College in Pennsylvania.