The vegan food scene in Athens just keeps blossoming, and their menus are as sophisticated as they come.

Veganism has become a way of life for many Greeks, especially those of the younger generations. Being more well-travelled and culturally awake, vegan eaters in Greece today expect – and are getting – great dishes at affordable prices. The places we list below each have their original style, décor and menu, often with several exciting options that include influences from ethnic cuisine or fun and flavorsome creations made by the chef. Whether you’re strictly vegan or just in the mood for healthy, fresh, surprising and meat/dairy-free foods, you’ll be spoilt for choice.

Comforting Greek homemade-style dishes and recipes with Asian or Mediterranean elements are given a contemporary overhaul here. Try the classic Pastitsio dish which is made with soya instead of beef mince and a rich bechamel sauce made from pureed cauliflower and almond milk, juicy burgers made with veggies and pulses, salads, soups, sandwiches and smoothies 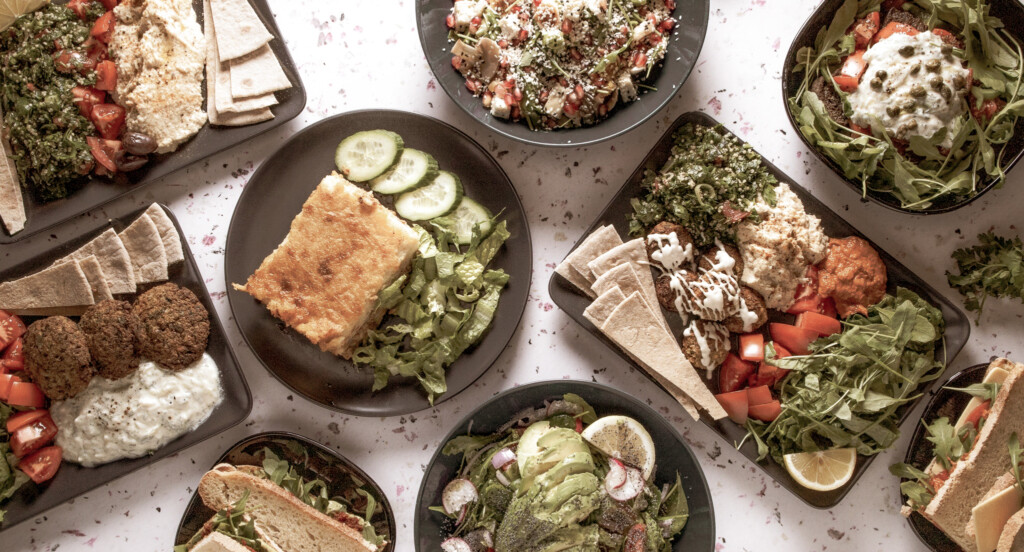 AVOCADO (Nikis 30, Syntagma)
The Original vegan gathering point in Athens is still a favourite for locals and visitors alike. The organic food here is nutritious, delicious and worldly – from comforting spicy Dahl or vegan sushi and avocado pizza to peanut-butter marinated tofu served in a vegan bowl with spicy edamame peas and quinoa, there’s something for everyone. The juices, teas, smoothies and desserts (try the chocolate fondant tart) rock too.

MYSTIC VEGAN (Emm. Benaki 76, Exarcheia)
What started out as Mystic Pizza, which quickly stood out because they use hemp flour with cannabis seeds, in later years branched out opening Mystic Vegan. From seasonal soups and fresh salads to lachmatzoum, peinirli, pasta and of course many choices of pizza, this too has become a favourite for Athenian vegans. 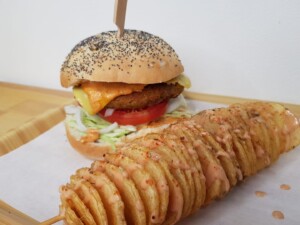 Located in buzzy Monastiraki, this dinky restaurant with a few outdoor tables serves the vegan rendition of fast food- from burgers covered in melted vegan cheddar cheese and caramelized onions to souvlaki and moussaka, there are plenty of meat-free ‘junk food’ options to keep you satisfied.

PLANT KINGDOM (Frynis 1, Paleo Faliro)
With a menu of fresh, seasonal, local and mainly organic ingredients, this green spot in the southern suburb of Faliro changes its menu every week. Try their vegan burger with vegan cheese and guacamole, lentil ‘meatballs’ with roast potatoes or try the dish of the day.

Try a jackfruit burger, seitan club sandwich, cheesy tofu nuggets with black eye beans or any other creative and freshly conceptualized dish at this new arrival. Serving food that’s centred on flavour and health benefits, including smoothies, juices and mouthwatering desserts like lemon pie, Peas already has a devout following.

Lime in Gazi has an uplifting interior imbued with shades of blue and a back garden where you can taste a great choice of vegan burgers, a daily raw tart of the day, soups, power smoothies and salads. Try the raw carob-‘dako’ rusk tomato salad with creamy almond ‘myzithra’ cheese and the ‘seafood’ orzo pasta dish and don’t miss out on the banoffee pie.

Not only vegan but also raw, Yi’s sophisticated menu can’t fail to impress with its fantastic variety of homemade plant-based cheeses, nut-and-seed “butters”. The restaurant is also proud to be serving strictly glucose, gluten, sugar and dairy-free, non-processed foods only, making no sacrifice on flavour. They specialize in hot (with hot water added, not boiled) and cold soups and their most popular dish is the Burrito platter for two.

Thinking of Visiting Milos? Here's What You Need to Know