Alafouzos created the non-profit company two years ago after moving to California from Athens in 2016. It was an initiative inspired by his love of Greek theatre and all it has – and continues to – offer to the world. “I wanted to create a professional theatre company of the highest standards,” he says, to create something like a home away from home for Greek theatre in the US. It had been a great dream of mine for a very long time, and I had full faith in realizing, as, step by step I did. Over the years I’ve developed a profound internal strength by facing and overcoming the hurdles of life and travelling on a long esoteric journey, and through that empowerment, I wanted to bring light to the world through this theatre company. Greek theatre is full of light – the messages and ideas that the playwrights brought to life through their plays are full of wisdom, philosophical thought, truths about life that still stand today,” he says.

“When I arrived in the US in 2016 (he had lived there as a young man too, having received a Fulbright Scholarship for acting, and had vowed to himself to return one day) I had no base. I knew no one and felt very insecure to be so far from home, family, friends, and the familiar. But I had to accept and deal with my insecurities and keep looking forward towards my dreams, the things that were so deeply important to me to express and share. In the same way, the Theatron of the Americas is an initiative that started as a dream and is slowly but surely materializing into a tangible way to respect Greek history as a light-filled source of civilization and have an ongoing presence in the modern world. Change can only occur through taking action and continuing to look ahead.” 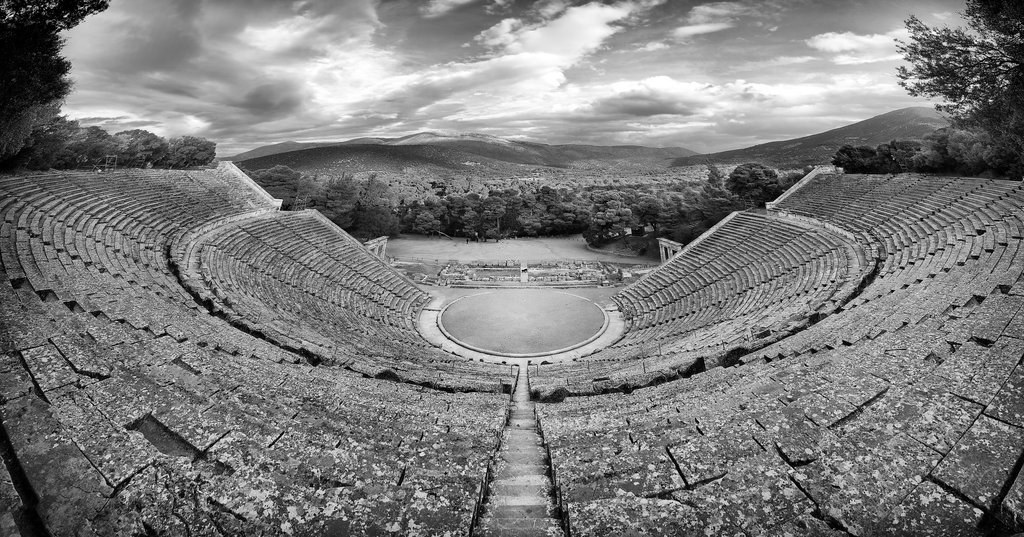 The event, marking Greece’s Bicentenary since The War of Independence, is just one initiative by the Theatron of the Americas created to remind or educate the world about Greece’s singularly rich theatrical culture. The Theatron describes its mission as such:
“The timeless messages presented in the works of Aeschylus, Sophocles, Euripides, and Aristophanes are more relevant today than ever. As in the 5th Century BC, we experience fast and great progress in science and human knowledge about life: Greek tragedy deeply explores and uncovers the need and the vanity in people for power, control, and certainty. As in the 5th Century BC, modern society continuous to deal with the pressure between the brutal realities of war and the rhetoric of its politicians: Greek tragedy anatomizes this tension with painful insight. Moreover, Greek tragedy is fixated with conflict between the genders, between public and private duty and between self-control and a sense of helplessness in the face of the world’s violence: All this too finds a powerful echo with modern audiences.

Through theater, the great Athenian poets were giving voice to timeless human experiences, that when viewed by a large audience that had exposure to those experiences, nurtured compassion, understanding and a strongly felt interconnection. Through tragedy, the Greeks faced the darkness of human existence as a community.” 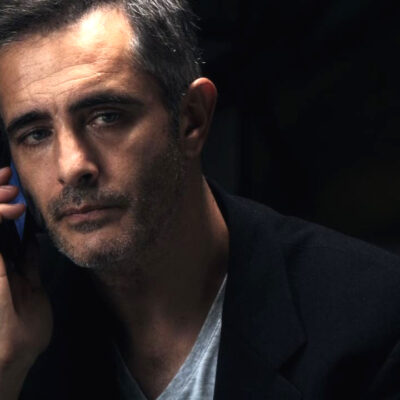 Alafouzos’ career as an actor included a wide array of roles in theatre, ancient theatre, television and cinema and who later successfully moved to film directing with the world-acclaimed and multi-awarded short movies ‘Little King’ and ‘Between Black and White’. In talking to IN+SIGHTS GREECE about the Theatron of the Americas he expressed the deeper dream of one day creating a physical theatre structure such as those in Epidaurus or the Odeon of Herod Atticus that will be dedicated entirely to honouring Greek theatre. Only in its second year, however, the Theatron is for now focusing on presenting its first production, the play Antigone by Sophocles, in the autumn of 2021.  Antigone is a timeless play whose themes of power, loyalty, tyranny, justice, and the position of women in society continue to resonate strongly today, as do many ancient dramas and comedies.

“Especially with the way we are living today, since the Covid outbreak, which has forced us to look more within and question so much about the way we live out life and the way the world has been functioning, ancient theatre resonates with so many powerful questions and ideas that are completely relevant to us,” Alafouzos says.

Apart from his dedication to the Theatron, Alafouzos has written the screenplay for a feature-length movie. “I wrote it three times,” laughs Alafouzos, “making the best of lockdown! This period gave me the chance to step back and take a good look at my original screenplay, and rework it in different ways, coming up with another two versions.” The film centres on the life of a young opera singer who is a single mother and a huge Maria Callas fan. Growing up listening to Maria Callas, her daughter makes the opera diva her imaginary friend when faced with a difficult experience. The film will have a strong musical element, featuring both classic pieces and modern compositions.