What happens when the unassuming but world-famous “island of Panygiria” experiences a drastic cut in tourism?

In this age of Covid-19 restrictions falling like hailstones on everyone’s lives, the Blue Zones island of Ikaria – as the rest of the country – was banned from organizing its annual community festivals. Drawing visitors by the thousands, these traditional events featuring live music, an abundance of local food and wine and dancing ‘til the early hours were originally designed to bring the community together and raise funds for local infrastructure.

Ikaria annually hosts around 100 Panygiria over six months – from May to October– around the island. In+Sights Greece spoke with two longtime foreign locals who revealed the consequences of restrictions on their beloved island.

The Ikarian people, known as “Ikariotes” are known for being resilient, resourceful and self-sufficient. Despite being known for their social character and tight communities, they hold an allure to those who prefer to defy convention and strict authority. The spirit of freedom and embracement of life is one of their strongest features, but it comes from daily discipline and hard work.

Reiner Juring, a German who built his permanent home on the northern Aegean island in 2010, says “Ikaria is still very much as I got to know Greece in the ‘70s-‘80s. There’s 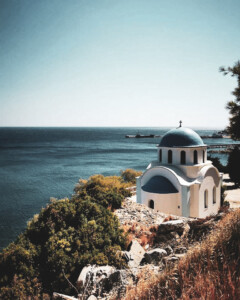 When I ask Juring about what difference the Panygiri ban made to the island this year, he says “Unfortunately, over the decades the actual scope of this custom was degraded. In the high season of July and August the Panygiria often become extremely crowded with mostly tourists, both Greek and foreign. As a result, the local spirit of communion is diluted, as are the traditions themselves, like the Ikarian Dance that many tourists don’t know how to follow properly, thus preventing the older locals in particular from moving on an over-crowded dance floor. Also, some tourists bring their own food and wine/beers/drinks which contradicts the old traditions. One of the main scopes of these 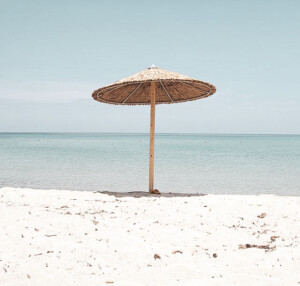 events is to raise money to create local infrastructure like roads, schools, hospitals, renovations in churches and so on.” Interestingly, Juring says, this year there were far fewer tourists on the island from April – August, which offered a breather of sorts to the locals.

“There were some positive effects such as: less traffic, cleaner beaches and streets, a quieter atmosphere in the squares and in the taverns and kafeneions. Many Ikariotes found time to focus on work during the lockdown months that they would otherwise not have been able to do. As for the ban on Panygiria, neighbours got together in several villages (without the live music and dancing), one or two goats were slaughtered and people sat together in smaller groups. According to many Ikariotes, it was “like it used to be” and everyone found it very pleasant.”

However, and very importantly, he adds that the ban on the festivals has taken its toll on both the local economy and the landscape: “The meat (mostly goat meat) the rest of the food and the wine sold at Panygiria are usually obtained from local residents. So this year these people couldn’t generate their annual income. Also, every year a few hundred goats are slaughtered for the Panygiria. Without these in 2020 these goats will unfortunately contribute to the further destruction of the forest, as there are some irresponsible goatherds who don’t keep their animals fenced in as prescribed but let them roam around destroying nature. This destruction has already been documented and there are also some organizations trying to contain the damage.”

“Ikarians have a strong sense of self-sufficiency, a robust and communal spirit that honours solidarity and a tradition in each home of owning a goat, or a few chickens and growing a food garden,” says Ursula Kastanias, who moved to Ikaria in 1986 from her native Switzerland and married a local man, with whom she runs the charming ΠU giftshop in Raches village. “But with such a huge reduction in tourism other areas of our livelihood have been hit, because maybe we have potatoes and meat from our back yard but you can’t pay bills with those,” she says.

For many years, Kastania has been running the very successful German language blog Ursula’s Ikaria, through which she has managed to raise 25,000-30,000 euros from foreign donations to help her local community in Raches mountain village. “Through the site, in which I write about Ikaria, I’ve raised money for heating in schools, the local hospital, the fire brigade and the Sports Association. These are all ways to improve local life, because already things are tough here. With the situation now, we have no idea yet what the real consequences will be – will have to see what we are faced with in winter.”

One can’t help but feel that Ikaria’s people will find a way to survive this crisis too, although that does not mean that they will suffer, as will people globally whose economic means of survivcal have been drastically or completely shut down. Still, their community spirit remains enviable in a world where individuals today are very much left to their completely solitary devices. Panygiria or not, the Ikarian people continue to live out their well-kept secret for longevity, or so I hope. 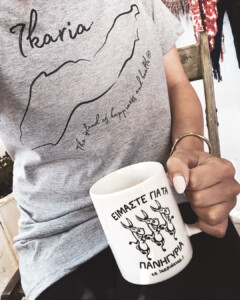 Reiner Juring is the Editor of the Pure Places Website which presents German-speaking tourists with the natural and pure locations to visit around Greece. He also works as a freelance Proofreader for several German publishers.

You can find Ursula Kastanias’ store ΠU on Facebook: The store sells handmade jewellery made by her daughter and original T-shirts designed by her son as well as several other locally made items and products, all of which can be ordered online via their Facebook Page.

Our Complete Guide To The Other Worldy Castle of Monemvasia

Top 10 Things to do in Ikaria