“Even while I was researching the novel, I realised that almost no-one knew how much Greece had gone through” 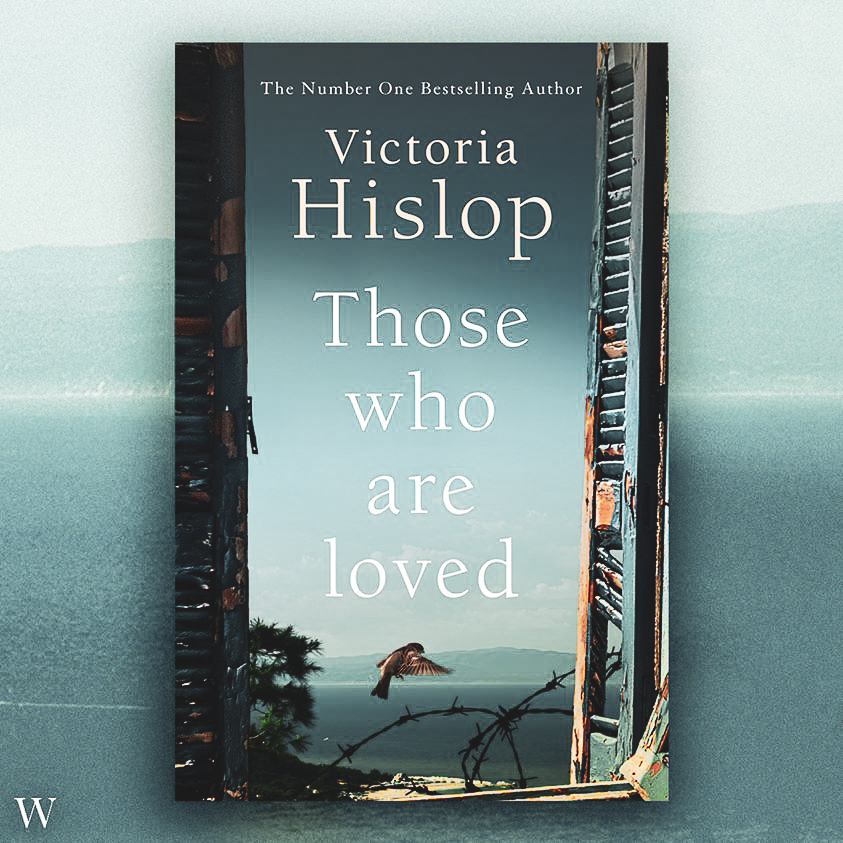 Island. Since then she has written numerous other books inspired by and situated in Greece, but not only. Her new novel, Those Who Are Loved, plunges her global readers into the widely unknown domain of Greece’s extremely dark WWII experience. It reveals harsh realities, the deep human sentiments that come from love and complex situations that are intertwined with political, social, and personal wires. Her fictional tale is based on many truths of Greece’s wartime and post-war experiences that remained unknown to the wider world for over half a century. As with all of her books, this is achieved through Hislop’s creative magic combined with the meticulously thorough and profound research she dedicates herself to for all of her work. It is her ability to weave indisputable facts with personal wisdom, imagination, and knowledge and a highly engaging writing style that has made her writing so identifiable and globally appealing.

Currently residing in her second home in Crete, she recently spoke to IN+SIGHTS GREECE about her new Greek Citizenship, Those Who Are Loved, and her powerful rapport with Greece, which began when she was a teenager.

“My connection with Greece goes back a long way – right back to teenage years in the late 1970s. For me, it was love at first sight. And love is not always rational– I simply got off the plane in Athens (in Glyfada airport in those days) and felt that I had come “home”.  It sounds so strange but this is how it was. And from then on, I came every year, then a few times a year and then every month and so on,” says Hislop.

Recently she has been featured on all Greek media, as Greeks have been expressing their pride and excitement that Hislop, who has brought so much attention, interest, and understanding to Greece throughout the years, has now officially been granted Greek citizenship.

How does it feel now that you are officially a Greek?

I am truly delighted that this has happened. Of course, I do feel a little different – to have this official “stamp” of being Greek. I think my desire to be a Greek citizen grew much stronger after Brexit – I felt this was a terrible decision for our country and it created a real divide between Britain and the rest of Europe and therefore between us and Greece. So on a personal level, I couldn’t be happier to find myself with Greek citizenship.  I feel very close to this country.  I have done so for a long time, but it has grown stronger with time.

Do you intend to spend more time living in Greece now? And if so, where? 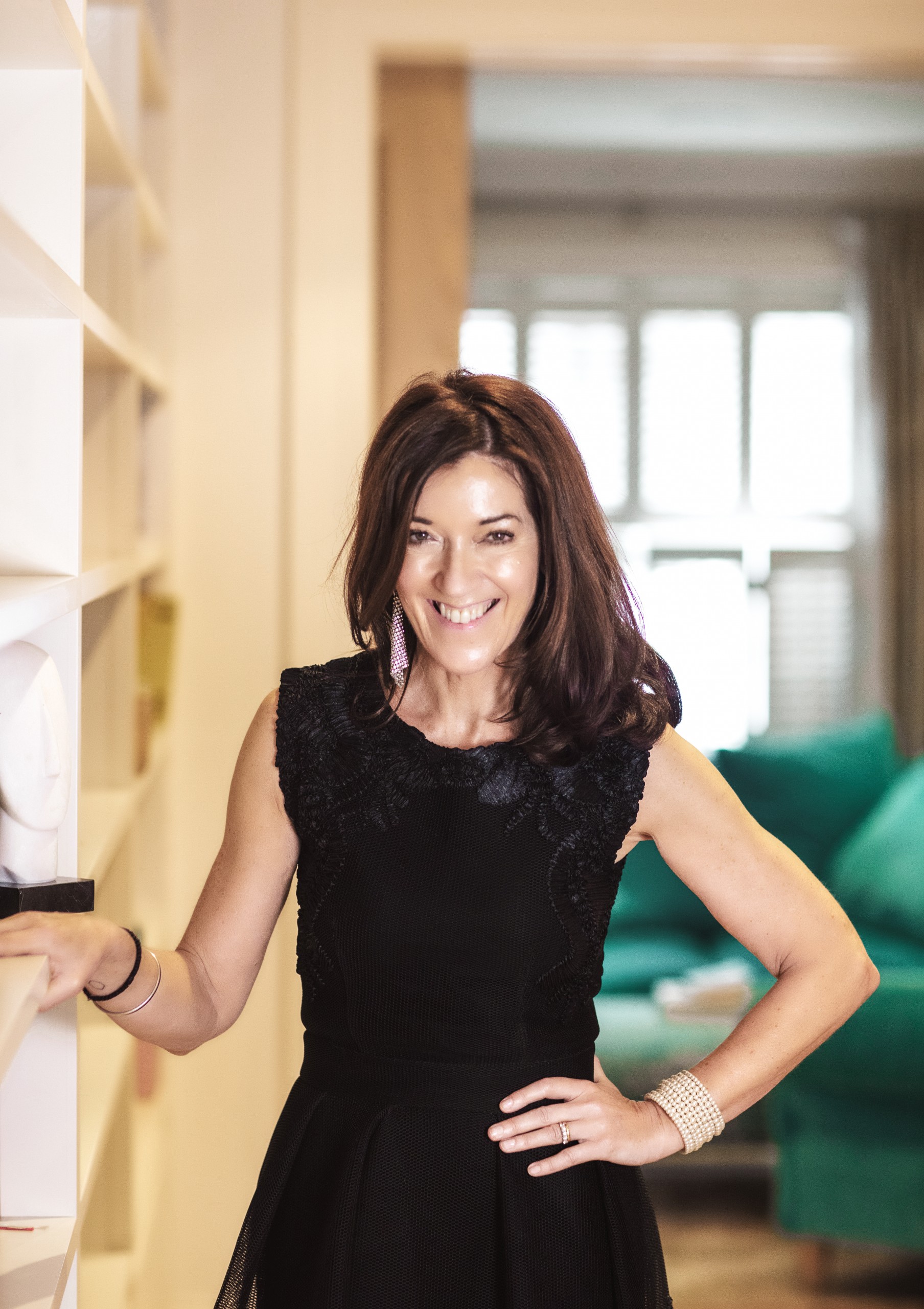 Well, I have been in Crete since the end of July and would very happily stay here, but I will probably spend more time in Athens too as I have some work projects there.  I rent a place in Patissia and I am always happy to be there too. But there is plenty waiting for me in the UK too – my friends and family there will not be abandoned! So it’s a question of dividing my time in various ways and as soon as it’s a bit safer (because of the virus) I will be travelling more frequently between the various places. I am lucky to have somewhere that gives me this sense of “belonging” and provides so much creative inspiration at the same time.

What do you most recommend to visiting friends to see and do here?

They have to make a visit to Athens first – I feel that’s essential – and they must walk everywhere to properly “feel” the city – from the ancient to the modern.  And I always tell them to go to Thessaloniki too. They are very contrasted cities but equally “Greek”.  And of course, they have to come to Crete, which for me is much more than an island – it is a small country, rich in its own culture and history and traditions.  And I am bossy and tell people they have to come for two weeks (one week at each end of the island).

In researching Those Who Are Loved, what surprised you most from your discoveries?

I think doing my research is rather like being on an archaeological dig. There are days and days when you are literally scraping away at the surface and just revealing more dust and dirt. Then suddenly, you hear your trowel striking something!  And then you carefully dust away a few layers and it is as though you have found treasure! And that’s exactly how it was with researching Those Who are Loved. Managing to get across to Makronisos was a very exciting day for me as I had read and thought so much about it for a long time – and suddenly there was the reality – not just the building and landscape that I had seen in photographs – but the atmosphere. It’s the atmosphere of a place that tells you so much – and this was a real highlight of the research period – to be able to feel the cruelty almost of what happened there.

What drew you to “reveal” this particular period of Greek history?

My initial aim is to tell a story and reveal history to the English-speaking audience. Even while I was researching the novel, I realised that almost no-one knew how much Greece had gone through – that the country had been occupied for example, and certainly not that there had been a severe famine in the streets of Athens. The latter really shocked me – and my readers too. The civil war was another huge “stage” in the research – partly because so many people in Greece more or less told me not to mention it, and that it was too sensitive to write about. For me, that creates an even stronger incentive to tackle a subject.  I am very drawn to “taboo” – as I was with the story of Spinalonga.  It’s a curiosity that grows and won’t let me go because I feel an urge to understand and then to share what I have understood. 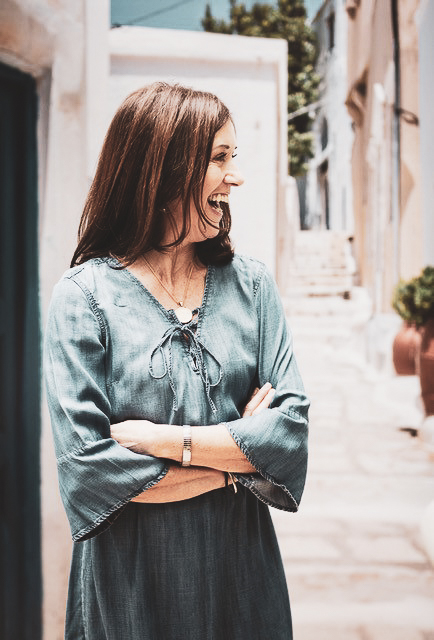 If we imagine that your book is like your child, what are the traits you love the most about Those Who Are Loved?

I do love Themis – as if she were my own child (and I suppose she is in a way because I created her).  I am proud of her as a character because she is essentially a very flawed person – she does things that she regrets, she tries to make amends, she is obliged to keep secrets and lives with haunting memories.  I keep Themis close to me.  In terms of the writing, the “scene” I am proudest of is at the 1973 Polytechnic events.  I found this very painful to write, and remember feeling that those events were taking place around me.

When we last met four years ago, we touched upon the looming Brexit situation & the Greek financial crisis. Now we are in COVID-era! How has the situation affected your life?

I think it has had a very profound effect on all of us.  I spent it locked down in the UK – it was almost four months without seeing friends, going out to bars, without theatre, without any kind of real social life. But I was with close family and we supported each other without any reservation, helped each other and we got through it more easily that way. Routine was very important, physical exercise was very important and learning to relax was crucial (I did this by learning to embroider) – and I read Tolstoy’s War and Peace (1400 pages) which is the best book of my life and one I might not have read otherwise!  My mother died in March – so my whole experience of this period had this as an underlying sadness, but at the same time, I had plenty of time to mourn and also to celebrate the life that she had lived.

I am afraid that I think we are still in the middle of this – so in terms of long-term effects, I cannot say until we are free of it. I think we learned to understand that the most unexpected things in life can sweep normality away. And we should never take anything for granted.

What do you feel you are most grateful for?

My two children. I love them beyond measure and feel so lucky that they are in the world.

Returning to Greece, what Greek foods can you not live without? And do you cook Greek food?

I can’t live without Fava. And Feta. And Horta (though that’s hard to find back in the UK). And yes, I do cook all of those back in the UK. I am more or less vegetarian (though I can’t resist anchovies and sardines) so there are plenty of beautiful recipes in Greece with vegetables and pulses. When friends come they usually get my spanakopita. It’s different every time they come – but that makes it exciting.  But… I don’t make my own filo pastry.

What are your greatest priorities in life at this point, and what is your motto?

Those things are very bound together, priorities, and motto! So this is a nice question.  My motto can be expressed in so many ways.  From the Latin – “Carpe Diem” to the English “Don’t wait”. Essentially we should seize the day and live life to the full – and to appreciate every moment of it – because there is so much to enjoy and we don’t know how much of it we have left! That does not mean a crazy hedonistic lifestyle, but just recognising that we should enjoy and appreciate everything we can.

Our Essential Travel Guide to Kefalonia

Tribute to Legendary Italian Composer Ennio Morricone at the SNFCC