A brilliantly surprising, educational, and fascinating museum stop for people of all ages awaits you in an art nouveau building on Pindarou 6 in Kolonaki, near Syntagma. You may already know that democracy, medicine, sound healing, astronomy and philosophy originated in ancient Greece. But did you know that so did robotics, telegrams, security systems, drum sets and alarm clocks?

Dedicating decades to studying ancient technology in Greek, Latin, Arabic texts, artefacts, murals and paintings on vessels, mechanical engineer Kostas Kotsanas began making precise reproductions of these technological inventions. During the 1970-90s he presented a small but impressive collection of his works to the world via travelling exhibitions. In 2018, the Kotsanas Museum of Ancient Greek Technology became home 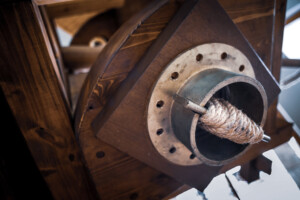 to over 300, real size operating models that he has built. These include world famous objects and machines such as the Antikythera Mechanism, considered humankind’s first ever computer, as well as items that go way beyond common knowledge and imagination.

Be captivated by Plato’s alarm clock or Philos of Byzantium’s wine-serving robot; scratch your head in awe as you regard the Aeolosphere of Heron, the first ever steam machine; lose yourself in the magic of the Automatic Theatre of Heron of Alexandria, aka the first cinema, with changing sets that feature dolphins soaring from the waves and goddesses flying across the stage. It’s truly thrilling to learn to what extent ancient Greek technology helped advance and shape the worlds of sport, theatre, home life, mathematics, medicine, astronomy, agriculture and religion into what they are today across all borders. 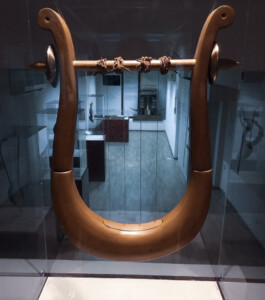 to your areas of interest and helps you understand what seems incomprehensible. Musicians will love the top floor where there is a large area dedicated to musical instruments in their original form. The Hydraulis (organ) of Ktesibios, described as the first keyboard, Pythagoras’ four-stringed Helicon and the Monochord, Apollo’s guitar, Sappho’s lyre and the Copper-phone (aka the first drum-set, by Hippasus of Metapontum), as well as cymbals, flutes, bells and chimes are on display.

Upstairs you’ll also find a cafe serving cakes stamped with ancient Greek emblems and several games that can be played whilst sipping coffee, like the puzzle of Ostomachion, the Enneas board game and chess-like Polis.

Before You Leave: Stop by the museum’s shop, which sells small and large replicas of some objects sold here.

A: 6 Pindarou St and Akadimias, Kolonaki

Our Complete Guide To The Other Worldy Castle of Monemvasia