International and local buyers have set their eyes on the new luxury apartments that will be built along the Athenian Riviera, and are part of the huge “Hellinikon Project,” at Athens’ former airport. 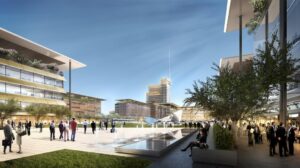 Construction of the apartments is set to commence very soon and expected to add enormous value to Greece’s largest development project, worth upwards of €8 billion; this includes a combination of public parks, beachfront residences, high-end shopping, restaurants, cafes, and office space.

As part of the Hellinikon Project, developers Lamda plan to build around 9,000 apartments in the Athens Riviera neighbourhood, with an average size of 110 square metres per unit.

Next week, Lamda Development will share its digital presentation of the architectural designs of the first building, the Marina Tower, which will become the first green tower in Greece. 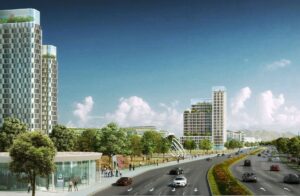 The luxury apartments will be selling from around €8,000 per sq. m and up to €26,200/sq.m., depending on what level and views the apartment offers.

This week, Lamda announced to Greek media that there has been a huge interest from both foreign and local investors, and on July 15 they will provide data on home pre-sales.

According to the developers, due to high demand, Lamda will construct around 2,000 homes in the first five years and will also concentrate on other parts of the project including parks, office space, etc. which is estimated to be completed by 2025.

30 Most Beautiful Places in Greece to Visit in Summer