Working as a leading stylist since the 90s, Dimitris Grammatikoyiannis was way ahead of his time in spotting the ethical problems posed by the fashion industry. He has been a warrior with this cause ever since, changing perspectives in Greece and abroad. Here he talks about his experiences and his golden rules. 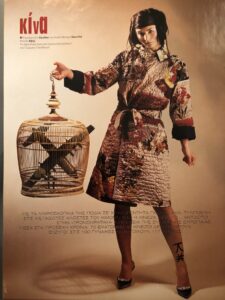 Although his ideals seemed “weird” at the time, Dimitris found ways to introduce socio-political and eco commentaries in the editorials of prominent Greek magazines. His first ever such project was in 2001 for KLIK magazine, at the time one of the country’s trendiest reads, which was presenting a fashion editorial themed on the 9/11 Twin Towers Attack at the World Trade Center in New York City. “My intention was to highlight the importance of being united, to empower female voices and to promote recycle clothes. And it really worked. The title was The politics of fashion war,” he says. He has been unstoppable in his mission to awaken the public about ethical fashion ever since, and within that sphere created the website Ethical Ode which highlights issues and problem areas in Greece and abroad.

‘Ethical fashion’ is a movement that covers a range of issues, aiming to inform consumers about the use of unsafe chemicals in clothing, slave labour of fashion workers or labour under dangerous, unhealthy or unfair conditions, energy consumption, environmental waste, animal welfare, sustainable production and practices. “The fashion industry is responsible for 10% of global carbon dioxide emissions every year, and that’s just the tip of the iceberg; a lot needs to change,” says Dimitris. “Fashion has the power to change people, it’s a policy making factor and a really useful tool for me and others to promote environmental messages. Unfortunately, most people pretend that they don’t know that climate crisis is real. They don’t even want to talk about it because their jobs usually have a negative impact on the earth.” 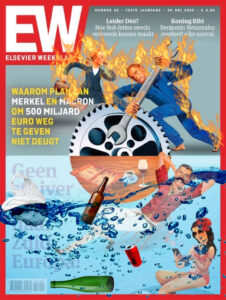 1. Glamorous is No Longer Always Cool

3. Love Thy Clothes and take care of them

4 .Create Your Own Concept when you think you have nothing to wear

5. Buy from Local Designers instead of multinational behemoths

When in its May 2020 issue, the prestigious Dutch weekly magazine Elsevier Week blant presented the Mediterranean people as “lazy” on the cover of its magazine, presenting a mustachioed man laughing and drinking wine, a woman in a bikini sending messages to social and another man playing the guitar while on the top part of the image 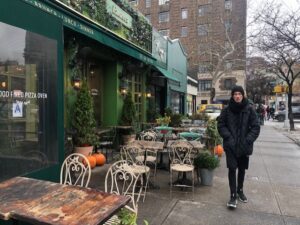 blonde-haired people in suits were working hard to move cogs of European Union’s financial machine, Dimitris sprang into action. “It was clearly an insulting message,” he says. “I responded to this with the assistance of graphic designer Costas Tsironis. My idea was to create a new cover titled KATHARSIS. The new illustration shows the northern European couple being burned and the southern European couple being drowned. The new cover conveys a message of unity and not division. When humanity is not able to confront the fires, floods and pollution, how can racism, hatred and ugly stereotypes be the answer?”

I ask Dimitris whether he sees the change in awareness growing around him in Greece yet. “Today there are more new Greek designers who support sustainable principles, excellent product quality and good raw materials, but overall Greeks are still not aware of ethical fashion. On one hand this happens because the Greek media still promotes the old 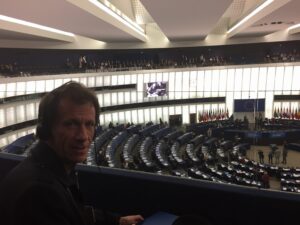 as new. On the other hand, all these young designers are not able to afford advertisements or make a notable difference with their campaigns. So, consumers are generally influenced by an arrogant and old-fashioned mentality.”

New designers should use fashion to present ethical messages

They should create clothes with timeless design

They should respect all the principles of circular fashion to transform the industry for good.

Wake up to reality! The climate crisis with all its evident symptoms, is creating the chance for us to awaken and reverse destructive things we have sadly grown accustomed to. Let’s not miss this chance!

The good news, he says, is that nowadays voices like the Extiction Rebellion or the FashionRevolutionGr with Coordinator Dr Fiori Zafeiropoulou are striving to raise awareness and educate people about the systemic changes and challenges facing the global fashion industry. FashionRevolutionGr launched live speeches on the Instagram in its effort to inform and educate the audience about new designers, fabrics, textiles and generally the ethical fashion. One can see these free conversations between experts on their fields on the Instagram account fash_revgr. “I really feel honored to be participating in this project with Ioanna Sapfo Pepelasi, Emeritus Profesor department of Economics in Athens University of Economics and Businesses and Kelly Koulizou, Country Coordinator Fashion Revolution Cyprus and sustainable fashion designer and founder of mikrovouti,” Dimitris says. Ethical awareness is growing and change is happening, slowly but surely, so watch this Space!

Greek Herbs for Your Health Cabinet