Lia Efthymiadou is part of the VROSIS family business and the face behind the new and tasty range of tahini spreads, which are ideal to add to a healthy Mediterranean based diet.

This new tahini spread is being labelled as a “superfood”, since in addition to its own wellbeing 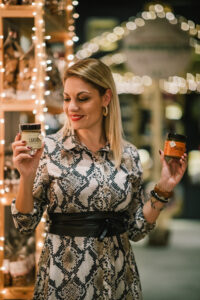 properties, it also includes other super ingredients, such as cranberry and goji berry. Originally from Alexandroupolis, and with the love of the Efthymiadis family as a driving force, the VROSIS Company’s new venture has just recently started its journey in Greece and  international markets, with the aim of offering a variety of tastes to the public.

As Lia Efthymiadou, “heart “of the company, explains, VROSIS tahini spreads are “all handmade and are 100% natural, without palm oil, without additives, without extra sugar and without preservatives.”

Driven by her love for tahini, an integral part of her daily eating habits, and also wishing to use the traditional sesame crops from Thrace, the Efthymiadis family in the spring of 2019 created the company VROSIS, which creates exquisite tahini spreads, that are are combined with other flavours which are just as healthy. 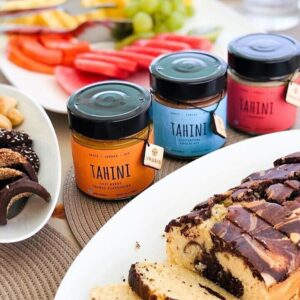 This idea came to Lia as she and her entire family eat tahini regularly and use it not only as a spread but also as an ingredient for a variety of recipes. Instead of using plain tahini, Lia decided it would be great to combine tahini  with other ingredients that are also known for their nutritional benefits.

“We love superfoods. So instead of adding improvised tahini to them, we thought of creating new products that include tahini and other ingredients that are packed with nutrients”, explains Lia.

The company is also considering launching new flavours very soon, including natural peanut butter spreads, healthy cereal bars and salty tahini spread, which can also be used in cooking. “Our motto is to spread the love for tahini and for people to realise just how flavoursome and good tahini is,” says Lia. 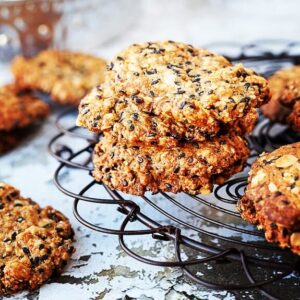 The choice of the ancient Greek name “vrosis” for the company was not accidental, since the Efthymiadis family wanted to highlight the connection of this superfood with ancient Greek gastronomy, where tahini began.

“We want people to know that tahini is a very healthy food, a natural superfood with significant benefits for the body,” says Lia who also notes that although the company is still new, the feedback from consumers worldwide has been very positive. 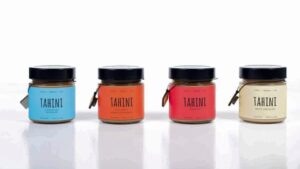 5 Breathtaking Greek Villas to Stay at

Traditional Flavours With a Fresh Twist