TRADIFRESH, an organic food company based that produces products based on Florina’s famous red peppers, was established in September, 2019 in Antigono, Florina and is based in Amyntaio.

Founded by Ioannis Tsakiridis, who was involved in the cultivation of the family’s farms from an early age, the idea behind the establishment of TRADIFRESH 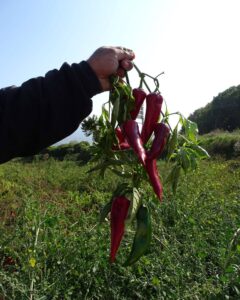 came about after the realisation that there was so much more that could be done with this flavoursome and super healthy local product that is famous worldwide. Florina’s red peppers can be found all over Greece and Europe, and are usually eaten as a mezedaki (side dish). TRADIFRESH’s mission is to create value for its customers by creating high-quality products and services by applying their expertise and technology, from production to storage and promotion of the final product as well as the commitment to customer satisfaction. Morality, passion, honesty and keeping their promise is what helps them achieve their mission which is the following-

‘Mother Earth’s Treasure on your Table’

“In our company we firmly believe that people are increasingly turning to a healthier lifestyle, the so-called well-being. They raise awareness to their nutritional identity and wonder if what they consume has quality, is safe and provides them with an essential nutritional value. As a company, we observe the continuous increasing demand for local 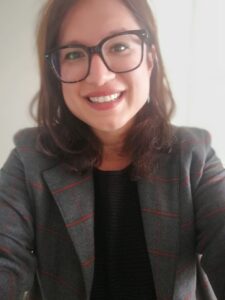 products and the need for the consumers to be aware not only of its origin roots, but the entire route followed by each product towards their table,” says Sales and Marketing Manager, Klelia Eleni Chaimeli.

The company are strong supporters of the new trend, named ‘From Farm to Fork’, which among other things helps the sustainability of their region, as they collaborate with other local producers to supply fresh materials from areas of good agricultural practices. “In this way, we strengthen local social and economic development as well as trying to involve local producers to evolve and integrate technology and modern methods in the production process of their goods, increasing consumers’ safety and their efficiency and profitability,” says Klelia.

“Certainly, it is not easy to grow a business. Nevertheless, we have developed a business

plan and a strategy which we follow faithfully and try to respond as best as we can to the needs and preferences of consumers by offering a different nutritional value proposition,” she adds. The company is active in the processing and packaging of Florina’s red pepper and the product portfolio consists of the ‘Lygistis’ series, which is the red roasted pepper and five spreads in different flavours. They believe that in each jar is enclosed “love, passion, taste, quality, safety, and all that was mentioned above which represent our company’s ethics.”

All of the above are reflected in the values ​​of the company which are:

• Supporting the domestic economy through the proper farming of agricultural products 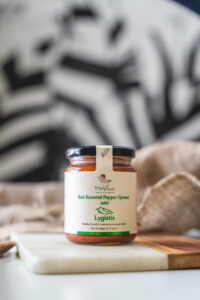 TRADIFRESH also make efforts to reinforce the mentality of synergies and collaborations on many levels. Through this, they believe that every business is strengthened by using resources and capabilities, from these actions, which they lack of or may not be capable to create. As a result, innovative actions can be developed, and the comparative advantage of each company can be increased making them  grow faster. In their case, this strategy has been effective.

They are committed to continue in this way and stay true to their principles.