If you aren’t already aware of it, you will very soon come across it. Greeks and their knowledge.

Whether it’s regarding their ancient Greek ancestors, modern history, politics, or literature, they are walking encyclopedias of everything they have contributed to the world. It can be overwhelming finding yourself on the receiving end of a flurry of facts and figures. To make sure you know a thing or two about Ancient Greek philosophy, and be able to hold your own in conversation, here is a crash course on the most famous Greek philosophers- making it easier for you to discover more about the birthplace of modern philosophy during your next visit to Greece.

Considered the father of Western philosophy, Aristotle was born in 384 BC Stagira, Halkidiki in Northern Greece and was the founder of the Lyceum, the Peripatetic School of Philosophy and the Aristotelian tradition. Taught by Plato, he became Alexander the Great’s teacher and was the first to develop a formal system for reasoning. He observed that the deductive validity of any argument can be determined by its structure rather than its content.

Famous quote–“We are what we repeatedly do. Excellence, then, is not an act, but a habit.”

Visit- The Statue of Aristotle in Aristotle Square. Located in Thessaloniki, the central square is named on honour of Aristotle. The statue appears to be holding a pergamine paper in his left hand while his right hand rests with serenity on a higher marble base.

Born in Athens in 399 BC, Socrates is considered to be the father of Western philosophy, and being the first moral philosopher of the Western ethical tradition of thought. Plato was his most famous student. Unlike many philosophers of his time, Socrates focused on ethics and how people should behave rather than on the physical world. He said that happiness came from leading a moral life rather than material possessions and encouraged people to pursue justice and goodness rather than wealth and power.

Famous quote- “The only true wisdom is in knowing you know nothing.”

Visit – The Academy of Athens is Greece’s national academy and the highest research establishment in the country. The Academy’s main building is one of the major landmarks of Athens and features the Statue of Socrates.

Born in 428 BC, Plato founded the first institute of higher learning in the Western World, the Academy in Athens. He believed that ruling a state must not be based on persuasion but on wisdom. Giving his theories a metaphysical aspect, Plato believed that two parallel worlds exist, the real world and the world we live in, which is a reflection of the real world. Like this dualism of reality, Plato also believed that humans are of a dual nature: body and mind.

Not quite a philosopher, this physician features on our list because of  the impact his medical philosophies made on the world. Regarded as the father of medicine, Hippocrates

was born in 460 BC on the island of Kos. He based his medical practice on observations and on the study of the human body. He held the belief that illness had a physical and a rational explanation and believed that the human body has the power to heal itself. According to Hippocrates, all is a matter of balance between the four elements of the body and people become ill when the balance was disrupted. To restore this balance, he didn’t use drugs, except for natural extracts and soothing balms.

Famous quote- the Hippocratic Oath. A modern version of the Hippocratic oath is still taken by medical students today and begins with “I swear to fulfill, to the best of my ability and judgment, this covenant. One of the promises within that oath is “first, do no harm.”

Visit- The Tree of Hippocrates in Kos is the plane tree under which, according to legend, Hippocrates taught his pupils the art of medicine. With a crown diameter of about 12 metres it is said to be the largest plane trewme in Europe. 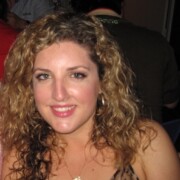 Gina Mamouzelos is a journalist and story teller with a lifelong curiosity that has fuelled her career path and interests. As a third generation Greek Australian whose grandparents were born in Halkidiki, she is passionate about all things Greece and Greeks, from the history, culture, beaches, solving the world's problems over a frappe, to the regional customs and the epic personal stories woven into the tapestry of the land.

How to Be Savvy & Satisfied at a Greek Fish Taverna