The famous cave is found in the Kastria settlement of Achaia, 17 km from Kalavryta, a lovely mountainous town on the northern side of the Peloponnese. 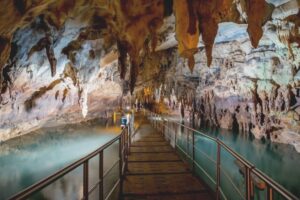 Apart from its labyrinth of corridors, its mysterious galleries, and its unexpected stalactite formations, the ‘Cave of the Lakes’ has something exclusively unique that can not be found in other well-known caves, as inside there is a string of cascading lakes forming three different levels, which is why it stands out as one of the most unique in the world.

The developed part of the cave is currently 500 metres long. Visitors are able to enter the cave through an artificial tunnel that leads directly to the second floor and man-made bridges allow the passage from lake to lake. 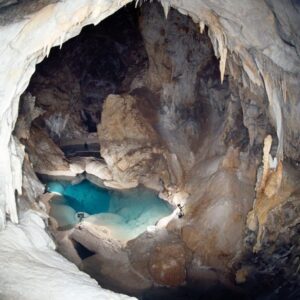 Being part of a secret underground river in the past, today the multi-dimensional cave has 13 cascading lakes of varying sizes, which is again a very unique feature as far as caves go. Only 500 metres are open to visitors because of the rough terrain. By the end of winter, when the ice melts, it floods the cave and creates a series of streams and waterfalls.

In summer, part of the cave dries and reveals new stalagmites formations. The natural entrance is right on the road, while there is another man-made entry a few metres away.

At the lower level human and animal fossils were discovered, including that of a hippopotamus. Scientists and historians claim that the cave was occupied 450 thousand years ago. 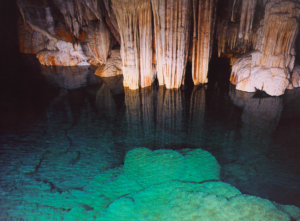 According to reports, findings show that man has used the cave since the Neolithic period and throughout the First and Middle Helladic to Late Helladic period, inhabited by people who were young, children, pre-teens, and young adults with a biological affinity.

Exploration is currently ongoing in the cave system and the Municipality of Kalavryta hopes that in the near future they will be able to open up more of Kastria Caves to the public. 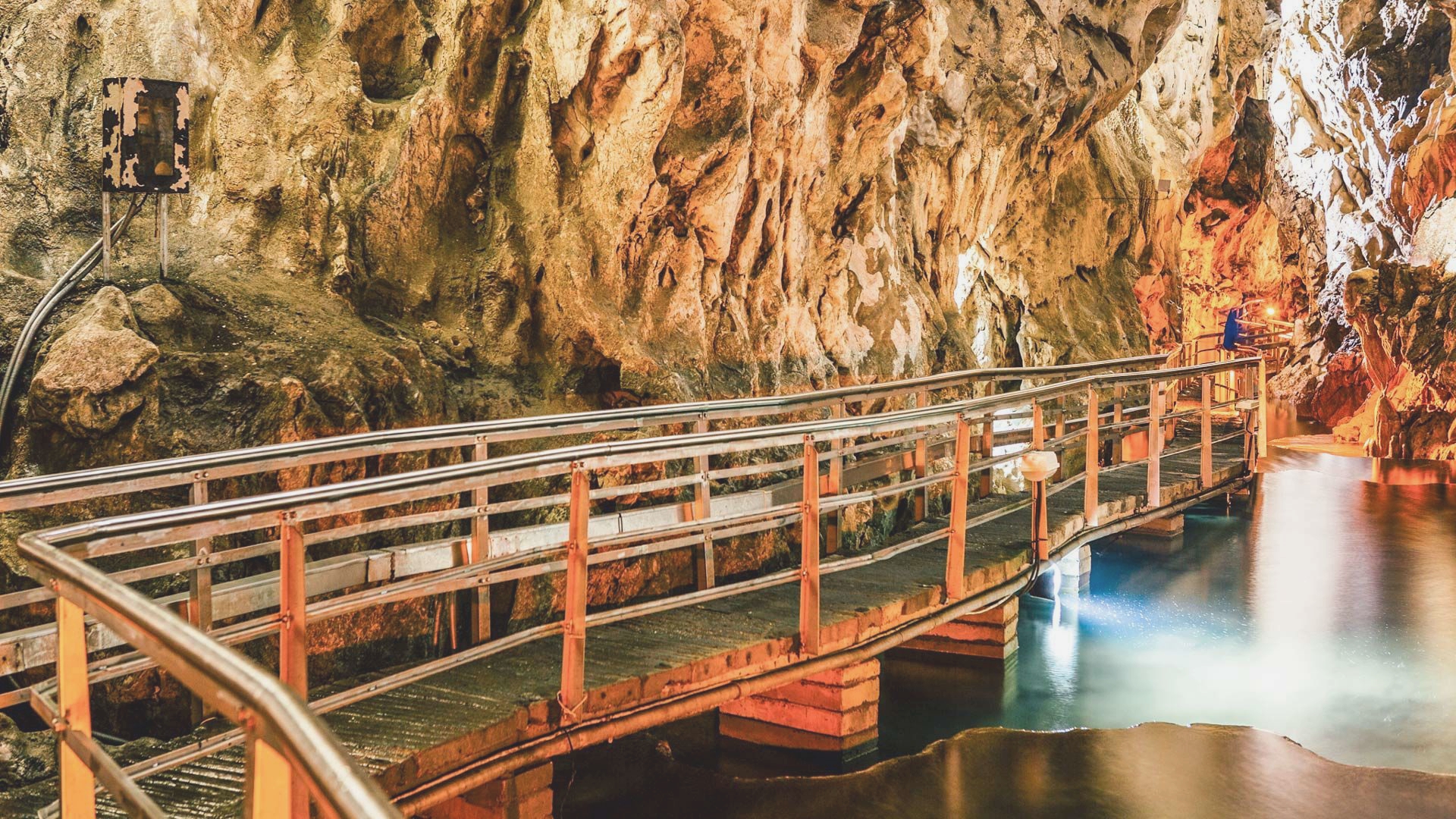 It is situated 20 km from Kalavryta and 9 km from Klitoria village. You can take a bus from Athens to the Cave of the Lakes via Isthmos, Isthmos, and Kalavryta in around 4h and 30 m. Alternatively, you can take a train from Athens to Cave of the Lakes via Kiato, Diakofto, and Kalavryta, which takes around 5 hours. It is roughly 60km from Tripoli (about an hour’s drive) and a 2-hour drive from Corinth.

Nomsy, a Smart New Arrival in the Athens Souvlaki Scene