“The collections here are not just objects, paintings, books or furniture. They also include the energy of its past.”

One of the key charms of the Katakouzenos House Museum (KHM) is that it feels almost still lived in. The 300m sq apartment, with a magnificent view of the House of Parliament on Syntagma Square, is a cultural treasure trove of the 1930s-1960s. Exquisite artworks, notebooks, furnishings, sketches and books by artists such as Marc Chagall and Yiannis Tsarouchis are all around. Both artists were among the renowned and beloved friends of the couple who lived there, psychiatrist Angelos Katakouzenos and his wife Leto.

The pair, who were passionately entwined with cultural elite of Europe’s “1930s generation,” were keen art-lovers and collectors who became cultural ambassadors of Greece abroad and trendsetters of international movements in Greece. Today a space that hosts talks, performance events, screenings, readings and artistic presentations in the spirit of once having been a literary salon, the former residence is one of Athens’ lesser-known yet not-top-be-missed cultural spaces.

Sophia Peloponissiou, who has been managing the space for decades in loyalty to her close bond with Leto Katakouzenos and the couple’s overall vision, says: “The collections of KHM are not objects, paintings, books or furniture. They also include the energy of its 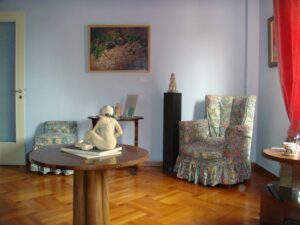 past, the people who lived in and visited it, the words they uttered, their thoughts and dreams, the aura of the lived place. Every object has more than a market value or an acquisition or donation record; the reasons behind its selection and its symbolic power for the inhabitants of the house are as much part of its life force.

“Apart from honouring Greece’s and Europe’s cultural past, one of our greatest aims for the future is to bring children and the younger generations into contact with this heritage, to subject them to cultural wealth to our best capacity,” Peloponnisiou says.

At the KHM you can see an extensive collection of over 40 original paintings, drawings, sketches and prints, a wide array of decorative items and sculptures, artworks in various media (1930s-1970s) as well as a quality collection of 18th and 19th C. French and Hellenic furnishings.“None of the works was purchased; indeed, most were given by the artists themselves as gifts, tokens of friendship or gratitude,” Peloponissiou says. Among the actual paintings is a painted set of four large mahogany doors made for the Katakouzenos couple by famous painter Nikos Chatzekyriakos-Gkikas and many more paintings by the same artist in various media.

The KHM is a foundation that receives no sponsorship or financial support. Its illustrious refurbishment, beautiful maintenance, rental, bills and any other financial and organizational aspects are all dealt with by its board, made up of a handful of volunteers, of which Peloponnissiou is the General Secretary.

Make an appointment to see the Katakouzenos House Museum here 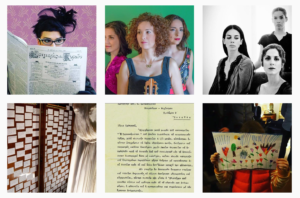