The alluring attraction and wanderlust for discovering the world prompted me in 1971 to leave my native Corfu behind. Fourty nine years later, with a life’s journey across four countries outside Greece in two different continents, I have returned to my island of birth.

It was for a very special kind of research – and impressive discoveries – that involved both my work in wine and my hundreds of years’ old family history.

Wine was part of my upbringing as early as from the age of nine, when my mother handed me a tumbler with a small amount of wine and topped up with water as I was the eldest. Little did I know then that wine would become a major part of my adult life. When I set off on my travels as a young man, exploring and recording the fragmented Greek vineyard in the 1990’s, I knew nothing of Corfu’s wine. Of the 60 wineries featured in my Greek Wine Books I had included only one Corfu winery, that of Livadiotis from Halikouna. Over 25 years and 730,000 km later I became increasingly curious to discover what the status of wine on my island really was, as there is a wide difference in public perception and reality regarding this matter.

Meanwhile, Corfu magnetised me later in life for a different reason as well. What I was stunned to learn only a decade ago, after deciding to deep dive into my ancestral roots, was that my paternal family history connected to Corfu dates back to 1503. This was a time when Venice gave my stradioto ancestors passage and privileges from Nafplio to Corfu. Fascinatingly, the Archives on Corfu are incredibly well organised, something that is unique to the modern Greek state. A long-standing research had taken me to a point where a documentary was now within reach. The digitalised archives of my Notaro Publico ancestors 1686 -1830 make for riveting reading of the island’s social history. The documentary is not about my family per se but about the merchant classes and their often-scandalous lives. Their dealings, affairs and more.

This research simultaneously brought me to finally see first-hand what changes, if any, had occurred over time in the local wine scene. Timing could not have been better as there have been completely unknown developments. Two of my contacts on the island introduced me to exciting new ventures. Nikos Kotinas in Lefkimi led me to the most recent of vineyards and winery of Borovino; and chef Aristoteles Megoulas, to the local produce he has been supporting, Pontiglio in Lefkimi and Nicolouzo in Ano Korakiana. These three vineyards and the second generation of Livadiotis of Halikouna to be reviewed on my website Greek Wine World.

As I write these lines Gerald Durrell’s tongue in cheek comment on Lawrence runs through my head: ‘My brother is conducting an exhaustive study of the islands wine’. I have been doing the same but probably in a different way. This visit was my great chance to get fully up to speed with the impossibly verdant island’s wine bounty. For example, I discovered that new, 15-year-old vineyards are heralding a revival. Another great revelation regarded the true face of Cacotrigis, Corfu’s signature grape. Forget the farmer-produced, orange-coloured stinky brews; the new generation is semi-aromatic and textured. And yet 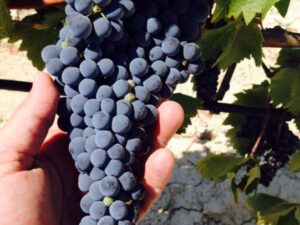 another revelation: the new-to-me mysterious red grape called Skopelitis. It doesn’t, as you may presume, hails from the eponymous Sporades island, its vinous tasting profile bears no resemblance to anything else anywhere in Greece nor nearby Sicily or Southern Italy.

Perhaps the best part is yet to come. As I discuss my findings with my academic and technician friends new task lists are being created. There is so much more to come from custodians holding completely unknown to any of us grapes. That is another story to be told when DNA results have been completed. As for my ancestral DNA and all the stories to go with that, the roots run so deep and the fruits are so rich that all I can say is watch this space for a fascinating documentary. 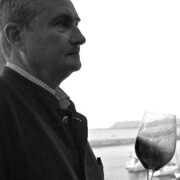 Nico, the IN+SIGHTS GREECE wine expert, is an acclaimed author and lecturer on the wines of his native Greece. He was the first ever to publish English language wine guides (The Greek Wine Guide) and books chronicling the renaissance of Greek wine in the mid-90's. He’s a contributor to Decanter Magazine and the Regional chair for Greece and Cyprus at the Decanter World Wine Awards since their inception in 2004. In 2011, he co-produced Lea Binzer's award winning, documentary ‘Pelicans Watch’. Nico travels far and wide discovering Greek vineyards and posting travel notes on his specialised website Greek Wine World greekwineworld.gr